Written by Tom Letizia on September 5, 2017. Posted in Uncategorized 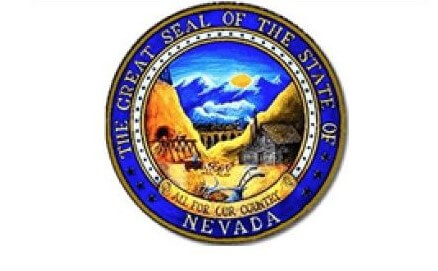 The job is a heartbeat away from Governor of Nevada – you would think the Lt. Governor’s race would have folks in political circles talking, or you would see something in the local dailies. We do know Nevada GOP leader Michael Roberson is running and will be a heavy favorite, no matter who files against him. Has the strength of the Roberson name successfully scared off the entire Republican field? Are any known Democrats going to challenge the Republican favorite in this race?

Generally, the Lt. Governor is one of the least likely known government officials once elected. It is rare when more than 30 percent of Nevadan’s even know who their Lt. Governor is. Bet you couldn’t name the last five Lt. Governor’s before our current one Mark Hutchison?

They are: Brian Krolicki, Lorraine Hunt, Lonnie Hammargren, Sue Wagner and Bob Miller How many did you get right?

The biggest question is what does the Lt. Governor do?

So, while up and down the ballot candidates are stepping forward and throwing their hats in the ring, why does the Lt. Governor’s race remain quiet?

Look for that to change in the next few days as Democrats emerge to take on Roberson. Expect names like: Las Vegas philanthropist Susie Lee. Lee, who ran for Congressional District 4 in 2016, seems ripe for this role. Lee can raise a ton of money and if need be can finance her own campaign. Susie Lee may be considering another run for Congress, but don’t count her out for the Lt. Gov. race. Another big Democrat name would be University Regent JT Moran. Moran raised lots of money in his Regents race. Has excellent Clark County name ID and could bring considerable energy to the office. Also mentioned is former Assembly candidate Zach Conine. Conine has energy, is knowledgeable and smart. Question is can he raise the money he will need to knock off Roberson?

It’s still early, but keep your eyes on this one, as the race is about to begin.