Written by Tom Letizia on April 28, 2017. Posted in Uncategorized 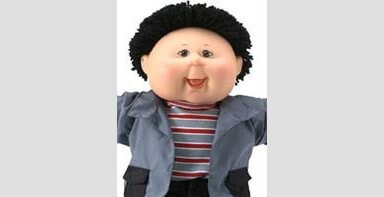 Kim Jong-un has gained close to 100 pounds since becoming North Korea’s leader. He is a binge eater and drinker and worries around the clock about being assassinated. The man suffers from insomnia and is not only sick in the head but likely to develop adult lifestyle diseases from his poor health and lifestyle.

While the fat man gets fatter, his nation starves and could face a new famine. For decades, North Koreans have lived in poor conditions, while their government has poured huge sums into weapons development. Today, North Koreans starve to death by the dozens every day. In the great famine of the 1990’s, between 600,000 and 2.5 million people died of hunger in North Korea. Cannibalism has risen as this current crisis reaches a critical stage.

The United States and its allies and China are working together on a wide range of responses to North Korea’s latest heightened rhetoric and continued missile tests. While a military response is a strong possibility, economic sanctions or covert actions are also all on the table.

A pre-emptive strike to take out missile and nuclear capabilities would bring an immediate catastrophic response, forcing the evacuation of a large portion of South Korea and require a deployment of American forces in preparation for a ground war, which will cost the lives of thousands of Americans.

There are no good solutions to solve this problem, which has faced presidents for decades. But, we cannot let North Korea continue to develop missiles with greater ranges and nuclear bombs with higher explosive yields.

53 percent of Americans favor a military strike – a military response is imminent.  Maybe he could play these games before with previous presidents, but Donald Trump is determined to end Kim’s reign of terror. Mr. Kim enjoys little personal legitimacy in North Korea, while his people starve to death and the country’s economy continues to erode. This is a failed communist regime that must be stopped. It’s like having a crazy person inside a bank threatening to shoot hostages if you don’t give him a million dollars. Enough is enough. Are we nearing the end of this nearly 100-year old regime? Brace yourselves America, the only fat person in the entire country’s binge could be nearing the end.