OBAMA BROUGHT US TRUMP. WILL TRUMP BRING US WARREN? 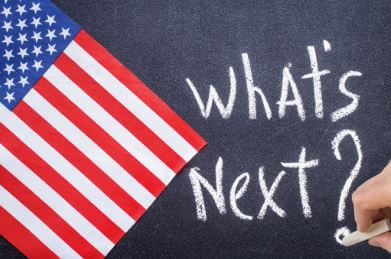 Donald Trump is doing exactly what the left had feared he would do when he campaigned, which has mainstream media and liberal Democrats up in arms. Although, just as the public became weary of the Obama administration’s left leaning policies, a large percentage of the country has forgone the traditional honeymoon period a new president enjoys and has engaged in an all-out crusade striving to limit this president to one-term.

Trump campaigned on closing our borders, eradicating ISIS, restoring our military and changing politics as usual in Washington. We are now seeing the results of those campaign promises. Liberal America never embraced Trump during the campaign and now that he has been elected, they are even more disgusted. This president has moved the country from the far left to the far right and many on the left and some in the middle are not happy.

Trump campaigned that radical change is needed, that we need to “drain the swamp” and clean up the mess Obama created. But, the question many of us are now asking is, did he move too far to the right and will the same radical shift that happened in 2016 shift the other way in 2020? The Democratic party for the most part is in a bit of disarray, but are the Trump radical policies enough to bring the party back together?

Speculation of an Elizabeth Warren presidential candidacy is beginning to gain steam. The Massachusetts Democrat has become the liberals favorite. Many from the left wanted to see Warren jump in and run against Clinton, but after advisors started planning fundraisers, Warren decided not to run and wait. Warren was the favorite in a recent poll ahead of Virginia Senator Tim Kaine, New York Governor Andrew Cuomo and New Jersey Senator Corey Booker.

Trump supporters will quickly tell you that polls mean absolutely nothing, as reflected in the recent campaign, where Trump showed no evidence of beating Clinton. Nevertheless, are we seeing signs that the greatest upset in political history may result in a one-term presidency?

It’s way too early to start looking at 2020 and how voters will feel in 4 years. But just as the country shifted from left to right, it could just as easy swing back in the other direction.